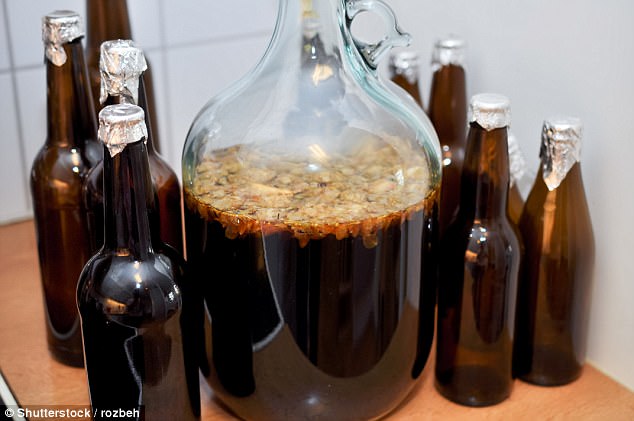 Everyone on Dad’s side of the family drank heavily raced grey hounds and bet on horses. Even the women!

So to us kids that was just the norm.

My Dads youngest brother (our Peter) was no exception.

He was married to Auntie Aggie they were real characters. Aggie never wore her false teeth although she had been known to cut the edge of a pastry crust with them when baking and she did look a lot older than her years.

The creases on her face always reminded me of yesterdays screwed up chip shop paper. She wore odd sized plastic sponge rollers under a head scarf tied in a neat knot in the middle of her forehead. She swore a lot mostly at Peter. She always had a ciggie in the corner of her mouth which when was finished she would use to light another one from. She always wore her pinny and faded pink slippers the ones with that you slipped over your toes with a fluffy bobbly thing stuck on the front, well I say fluffy maybe when they were new which Aggies weren’t so it was anything but fluffy sort of knotted in need of going in the bin.

Uncle Peter could be found in one of three places. In Rain hill psychiatric hospital drying out from the booze. At home brewing home brew in the kitchen. (Or drinking it!) Or out with my Dad down the club.

I really liked him he was like a younger funny nice version of my dad, he smiled a lot and when he wasn’t smiling he was laughing mostly at Aggie.

Auntie Aggie reckoned if we looked in all three places and didn’t find him he then he definitely was dead! We always managed to find him.

He would get out of bed light a cig and pour a pint. His hair sticking up like a mad professor holes in his jumper from fag burns

The kitchen pantry, under the stairs and the spare bedroom was full of home brew.

Lines of sterilised milk bottles with plastic snap on caps.

I remember him running out of bottles in the middle of a barley wine brew and flagging down the Alpine pop man outside the shop.

Getting him to drop off two crates of bottles in exchange for some of his famous home brew!

He and Dad were well known for their beer. Mam swore they only brewed their own as they had been banned from most of the alehouses in town.

As well as their beer the other thing that was famous was Aggie and Peter’s fights.

I remember vividly walking up the grove were they lived early Saturday morning and being able to hear them three houses away!

I cautiously  pushed open the back door to hear Uncle Peter shouting at Aggie to move all the rubbish from under the bloody sink so he can fit his new batch of brew in.

‘RUBBISH! RUBBISH!’ she yells back. ‘That’s me best pots and pans!’

She is in full swing now and I just manage to duck out of the way as a handle less pan, which finds its target catching uncle Peter with a loud thud on his head!

‘You want locking up you do your pots for bloody rags!’ he’s standing there rubbing the side of his head!

She’s nearer now and she belts him on the other side with another pan!

I manage to duck under her raised arm into the living room were Colin and Phil sit obliviously in front of the telly.

‘Who do you think you are Greenall’s bloody brewery?’

‘Get out of this house and take all those bottles with you your nothing but a piss artist!’

The back door opens again and there is the sound of glass smashing!

‘Are you coming out?’ I ask? Colin

He raises his eyes to the ceiling and stretches. ‘Aye I may as well they are at it AGAIN!’

‘Well at least they talk to each other’ I hear myself say feebly.

‘My Mam and Dad won’t even speak to each other’

He laughs ‘I wish they wouldn’t maybe we could all have some bloody Peace.’ He sits up takes one of Aggies fags and lights it. ‘Want a drag?’

‘No! it stinks!’ I say pulling my face he laughs ‘Come on soft arse.’

The back door bangs and we watch Aggie scurrying down the front path still chunnering as she goes. Uncle Peter sticks his head down round the living room door. ‘Here you two get in here and help me finish these bottles afore she gets back. She’s gone down the shop for fags.’

‘Good laughs Colin I smoked the last one!’

Uncle Peter had made a massive vat of barley wine and is siphoning it into sterilised bottles. Taking great care not to screw on the tops too tight so that the gas had room to escape as the wine continued to ferment in the bottle

He is shouting at Phil to hurry up and make some space at the back of the pantry so that Aggie won’t realise there was more brew in there.

Colin hands the bottles to Phil who put the bottles into the back of the pantry. He winked at me and nodded at the bottle as he tightened the cap as he moved them.

‘She’ll never know!’ laughs Uncle Peter rubbing his head were the pan had hit him earlier.

He had just moved the last of the bottles as Aggie walked in the back door.

‘Hiya Mam’ piped up our Colin. ‘Brought us any toffee’s?’

him before he can answer.

‘And what have you done with all that ale you pissing alcoholic!’ she carried on where she had left off before the trip to the shop.

Peter is standing there grinning like a Cheshire cat!

‘I’ve poured it down the sink my bloody Queen!’

‘Your right my love no more ale.

When we’ve drunk what we’ve got my love that’s it!’

‘You pour ale down the sink bloody never!’

‘I know your lying I can smell it now where is it!’

Peter is belly laughing now I  try not to giggle. ‘You can smell what?’ he says theatrically.

‘It must be your top lip rotting my love!

That’s what you get for not wearing your bloody teeth!’

Its no good I heard myself laugh.

Aggie flies at him hitting him with anything that’s handy.

We stand in the doorway shaking laughing.

Before I know what had hit me she had spun round and clipped us too!

We are down the path and out of the street like a shot!

Id rather fight next doors bull terrier than have a slap of me Mam says our Phil as we collapse on the grass laughing and I have to agree.

Musings and magical workings of a soul midwife, mountain wondering poet and dreamer. Lover of all things magical. Life is always beautiful, but sometimes hard. if you don't like the way things are change it. Raven🖤 View all posts by Raven ❤️